After serving with the 82nd Airborne, Jay became a special agent for the DEA in 1991. Jay was killed in 1994 while on duty in Central America for the DEA.  Jay Seale, was a special agent with the DEA. In 1994, while working as a member of Operation Snowcap, SA Seale and a team of 4 other agents were flying a cocaine eradication mission in Peru. The small plane they were using for aerial reconnaissance crashed which resulted in all 5 agents dying in the line of duty. In honor of SA Seale's service and sacrifice to the DEA and to our country, the DEA dedicated a new training center in his name at their LA field office.

Thanks to Brother MIke Dupree HZ 715 for providing this information. 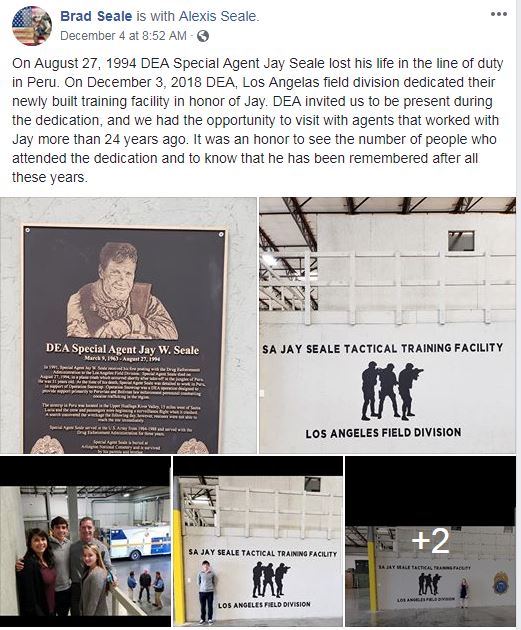